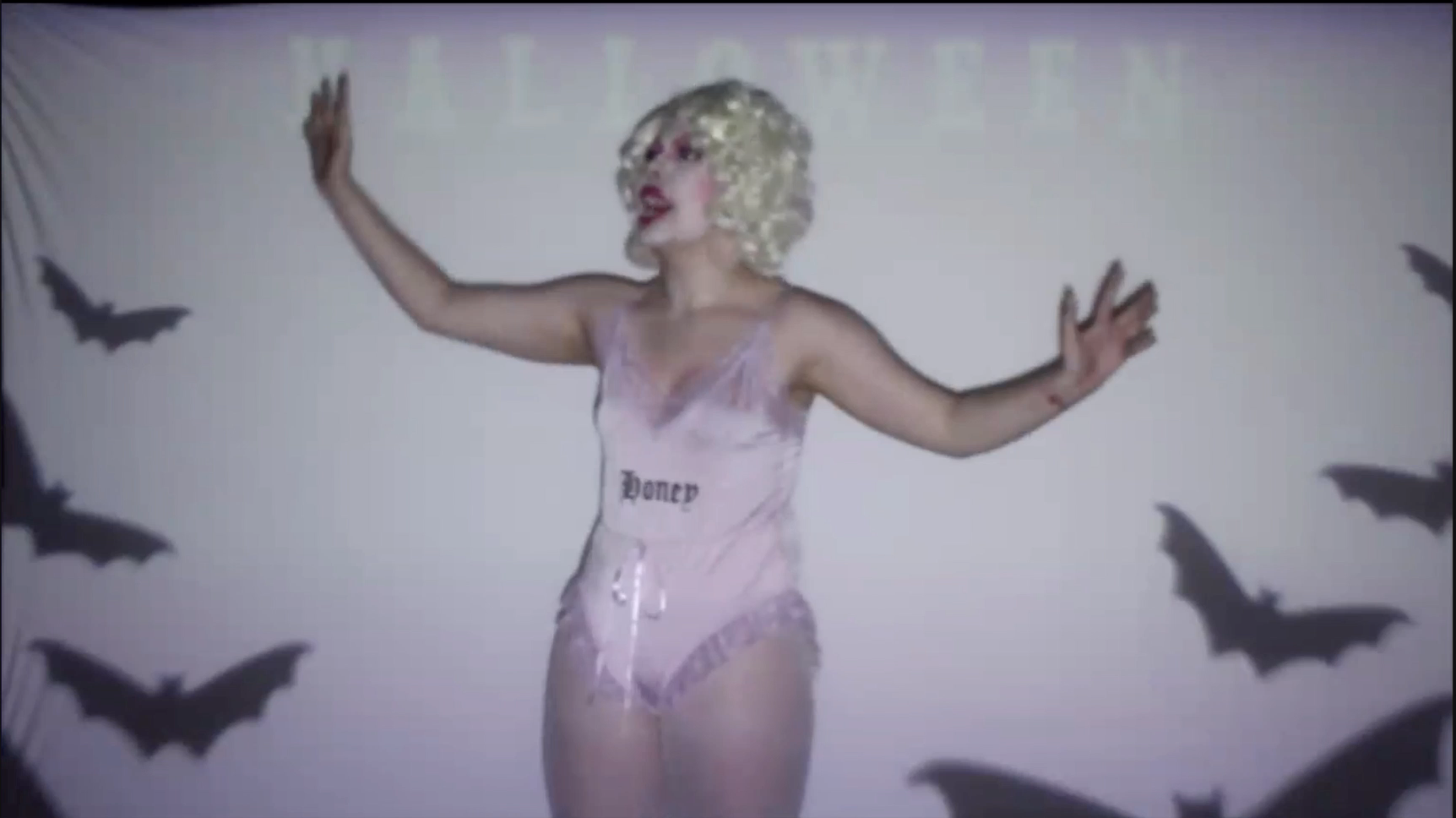 It took them two hours to prepare. But finally, Carley Gaedke, a Chapman senior and public relations and advertising major, managed to perfect and record a drag performance under the name “Peachy Kween” to the classic “Mean Girls” Halloween song for the Cross-Cultural Center’s (CCC) virtual “Spooky Drag Night.”

“In high school, I had the nickname Peaches, so I really wanted my drag name to have a peach theme,” Gaedke said. “Every good drag name should have a pun.”

Senior documentary major Ricky King reached out in late September to Gaedke, asking if they’d participate in the drag show as the host of Spooky Drag Night. Each month, one of the three lead assistants at the CCC organizes the programming for those 30 days. In their month as lead assistant, King worked to put together and prepare for the Oct. 26 event, which featured 19 participants.

“We’re limited in what you can do online, but it does help that anyone can tune in from anywhere,” King said. “Sometimes people’s (parents) come to events now, when normally they wouldn’t be able to come down to Southern California for an event.”

The CCC was able to assemble three drag performers despite the challenges of the virtual format: Peachy Kween, Koke and Ray Chill.

“It’s harder to remind people that there are things that you can go to, because it’s all remote,” King said. “The default is to act the way you do when you’re on a leave from school or on a break.”

However, junior psychology major Isabelle Garcia, who helped King put together the event, said she hadn’t seen such enthusiasm from a Chapman event since the start of the pandemic.

“People were turning on their mics to clap for the drag queens; that was so cool. I really haven’t seen participation like that in a Zoom event in a long time,” Garcia said. “It was just amazing to see the community that we could create over Zoom.”

While the virtual format presented a challenge to the normal structure of the event, Gaedke said it provided an opportunity to experiment with different ways to record.

“It’s like any theatrical performance. Everyone is trying to figure out how you capture that performance and put it somewhere people can see it online,” Gaedke said. “For a lot of us, it’s like trying to adapt to a new environment of performing.”

At times, it’s been difficult for drag performers in the larger world to adapt to that environment. Garcia told The Panther the pandemic has had a significant impact on drag queens’ income.

“When you go to drag shows, it’s a very close, intimate experience; it’s not something you usually do from six feet away,” Garcia said. “Many places where drag queens were getting their income to live are now closed, so they have no option but to go online and hope that their tips are enough to sustain them.”

While King’s month of programming is over, the CCC is now hosting events in November for Indigenous People’s Heritage Month.

“Continue to check out the Cross-Cultural Center events,” King said. “We’re making events for students because we want to continue to be a safe space for the Chapman community even through Zoom.”