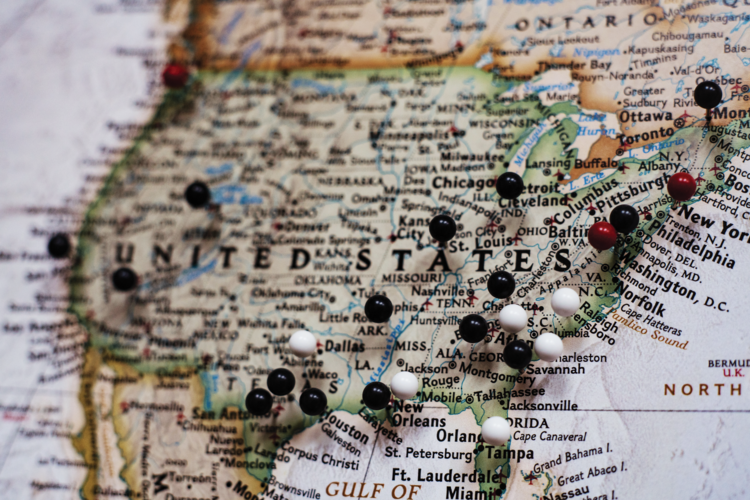 President Donald Trump’s dismissal of standard election conventions in counting mail-in-ballots, according to Gordon Babst, a Chapman political science professor, is one of many violations of the norms of democracy he has perpetuated in the last two elections.

One of the three pillars of democracy, as defined by The New York Times columnist Larry Diamond, is free and fair elections. Rithu Gurazada, a Chapman junior political science and sociology major, believes that America has not had that in quite some time.

Some of those reasons include campaign financing, gerrymandering – manipulating district boundaries to obtain a political advantage – and voter suppression through the prison system, Gurazada said. These factors are a large reason why the United States has been ranked as a “flawed democracy” since 2016 in  the research arm of the The Economist Intelligence Unit’s democracy index.

“Our status as a model democracy – we’ve lost that status for sure,” Babst said. “The United States has always had and stood for a normative vision that has relied on Americans internalizing norms like civil discourse and respect for people of different opinions.”

The Trump administration has had influence in eroding these norms over the past four years, Babst argued, because they weren’t established in legislation in the first place.

“It’s been revealed that a lot of what we thought was really solid and set-in-stone were really norms that people had always accepted,” he said. “I would hope that anyone would recognize he’s not a respectful person, and a lot of why people like him is because he is so disrespectful – especially of existing norms.”

Diamond defines the other two pillars of democracy as rule of law and liberty, values Babst also said Trump has put to the test.

“Trump has gotten a lot of pushback and a lot of failure in the courts,” Babst said. “He is attempting to expand executive power through the use of the Department of Justice, setting the agenda for federal enforcement of the law. That’s very scary. He wants to go after his enemies and reward his friends. That’s un-American.”

Yet this may not be a problem solely created by Trump. Gurazada identified Trump’s threat to the rule of law as not so different from the presidents that came before him, such as former President Barack Obama.

“I see Trump exploiting democracy in the same way presidents in the past have,” she said. “I voted blue in this election, but that doesn’t impede my ability to recognize all the systemic problems that even Democratic presidents have adhered to.”

What sets Trump apart from his predecessors is his unwillingness to denounce white supremecist organizations, which is what makes his following so emboldened, Babst said.

“Previous presidents have perhaps had a soft spot for the KKK and for groups like that, but they wouldn’t say it,” Babst said. “This guy doesn’t seem to care.”

Given Trump’s projected loss in the 2020 election, Babst predicts the restoration of democracy will have a better chance under another administration, particularly as Trump’s abuse of the law may reflect back onto himself.

“They are saying (Trump) might run in 2024,” Babst said. “My suspicion is that it will be very hard to run a campaign from prison; he knows that’s where he’s going. In January 2021, he’ll get a knock on the penthouse door. As they say, he will be served.”