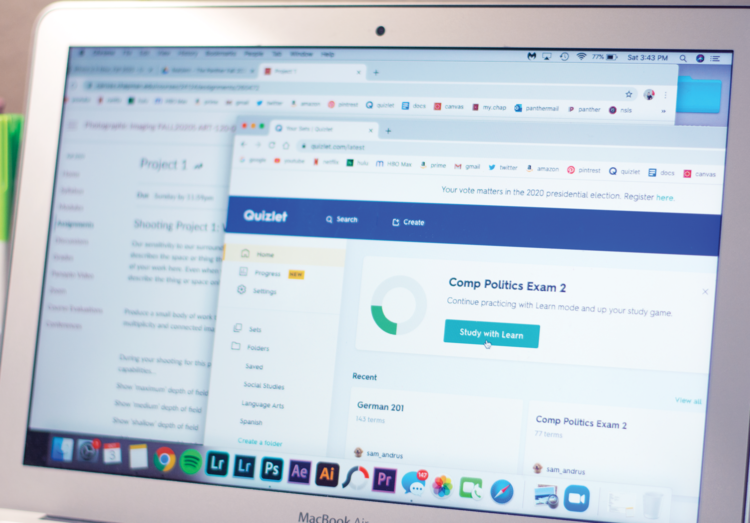 Beginning in the midst of remote learning during the spring, Chapman’s Chief Information Officer Helen Norris was told that faculty would like to have more tools to teach their students. So during the summer, the administration looked at different software options with faculty from a variety of colleges and in August, Chapman signed a deal with Proctorio. Norris declined to share the cost of the deal.

To reduce the likelihood of academic misconduct, Proctorio can monitor a student’s eye and head movements, record noise in the room and log how often a test-taker moves their mouse, scrolls up and down on a page and pushes keys. Faculty have the ability to use this software if they choose, but students like senior history major Jacob Cardenas believe those capabilities are unethical.

“(Chapman needs) to take a step back and either come up with their own program or reach out to students at mass and ask what they are OK with and what they think Chapman should do,” Cardenas said. “They’re saying they’re doing it to uphold academic integrity, while also violating personal rights.”

Norris worked to implement Proctorio with history professor Jana Remy, the co-director for Chapman’s Institute for Excellence in Teaching and Learning. As both a faculty and staff member, Remy has worked with professors who have a range of worries regarding students’ academic integrity.

“Some faculty have concerns about students who may be collaborating on an exam or they may be concerned at looking for students who have another device in their hand, so they may want to use the camera to monitor the student,” Remy said. “There may be a presumption that you’re being watched, (but) there’s not a human on the other side – it’s flagged with a computer algorithm for unusual behavior.”

Although Cardenas has no intention of violating academic integrity, he said that using the Proctorio software during an exam would make him nervous – just like following the speed limit with a police officer behind you would.

“As somebody who has a hard time focusing … it would feel like there would be a professor sitting in front of me, staring at me,” Cardenas said. “While I know that I am an honest student and that I wouldn’t cheat, it would really make my body and mind tense because I may be flagged or questioned.”

Both Norris and Remy agreed that faculty need to assess what kind of behavior they are looking for in their students, and what they are trying to achieve by using Proctorio. It is up to the professors as to whether they use the software and what features of the program they decide to put into effect. Students’ privacy during test taking is ultimately at the discretion of their professors.

“(Proctorio) can do a whole bunch of things, but does it need to do everything?” Norris said. “We strongly encourage the faculty … to use the options that make sense for a particular situation and keep it to a minimum.”