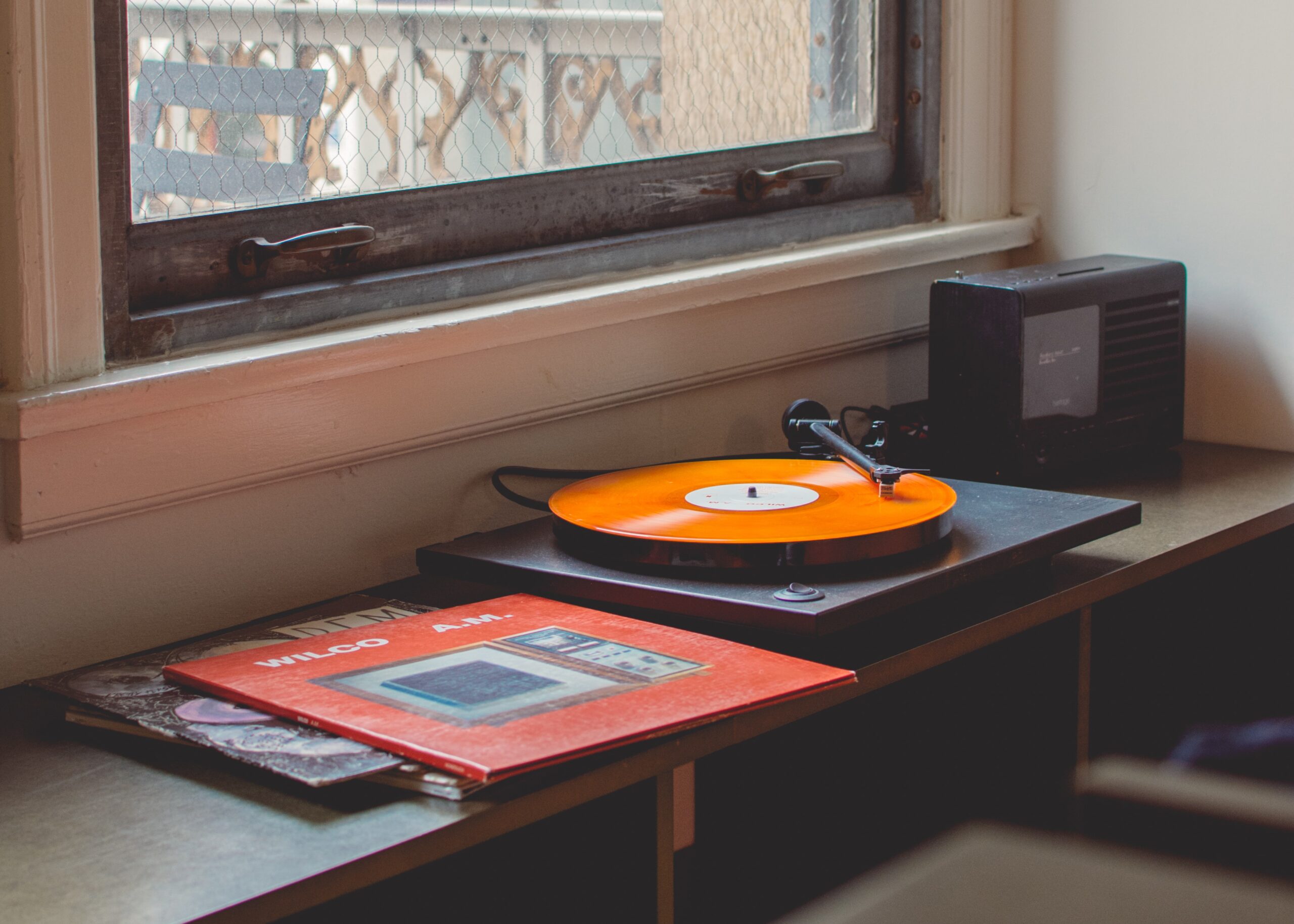 2020 was a garbage fire of a year in most arenas of life, but it was arguably an amazing year for music. Black, LGBTQ+ and female artists dominated the charts. The highly anticipated 2021 Grammy’s are flooded with songs from social media app TikTok, for which artists like Doja Cat owe their rise to fame. It has been a heartbreaking, strange year for most if not all of us and the one thing that we may come to agree on is what we listen to. I’ve compiled a list of the albums I found myself coming back to throughout the year.

Although Megan has been putting out a lot of music in recent years, “Good News” was no outsider to her phenomenal discography. Her song “Shots Fired” references the infamous Atlanta rapper Tory Lanez and how he shot her in the foot, which he denied. My favorite line from this song is “I told him, “You’re not poppin’, you just on the remix,” because of Lanez’s feature on Jack Harlow’s “WHATS POPPIN” remix with rappers DaBaby and Lil Wayne. Known for the popular TikTok dance associated with it, the “Savage” remix included none other than Miss Beyónce Knowles – both of whom are Houston natives! The song was nominated for three Grammys, and with good reason. “WAP” is currently Megan’s most-streamed song on Spotify, which also has a well-known TikTok dance, one that leaves little to the imagination (that’s not a bad thing!). If it weren’t for its TikTok dance, who knows if Megan’s newest single “Body” would have taken off the way it did on social media. Most people who aren’t a fan of Megan say that it’s annoying, but they just have to get used to it.

Megan brought out rapper Juicy J for her song “Work That” – why do so many of her songs feel perfect for a workout bootcamp class? This song is no different. The same goes for “Don’t Stop” with Young Thug: I’m still not over the theme of the video which bridges Megan’s music and Tim Burton’s Alice in Wonderland. I have loved “Girls in the Hood” ever since it was released as a single and random verses will appear in my head while I do menial tasks, like doing dishes. “Intercourse” reminded me of what it’s like to be touched by another human being, something we all could use a bit more of right now.

When I heard that SZA and Megan collaborated for their song “Freaky Girls,” I was ecstatic because who doesn’t love Solana’s soulful voice with Megan’s hard-hitting punchlines? No one, that’s who. Nobody we care about anyway. “Do It on the Tip” did not do that much for me but again, this could be a case of me not listening to it enough yet. Some of my personal favorites from this album were “What’s New,” “Go Crazy,” and “Circles.” Personally, “What’s New” was my favorite when I listened to the album for the first time. Meanwhile, the aforementioned three tracks are a testament to the hate that celebrities are bombarded with each and every day, in addition to attacks she received regarding the shoot out with Lanez – one from Draya Michele, who joked about Megan being shot. I would not take that lightly myself, so I doubt Megan would do the same. I like to think that “Go Crazy” calls Michele out when Megan asks “Why I gotta prove myself to b*tches that I’m better than?” “Circles” pulled on my heartstrings the most, especially when she mentioned the tragic passing of her mother and the bulletwound after being shot in the foot. Even with her “bad b*tch” persona, Black women need to be protected, which she emphasized in her SNL performance as their musical guest. “Good News” perfectly described my reaction to Megan’s newest discography: thank goodness, finally some good news.

I would identify myself as a closeted Ariana Grande fan. Why do I like her so much? I ask myself every time I am persecuted for my music preferences. Perhaps it’s because I grew up watching and loving the show “Victorious” on Nickelodeon, or perhaps it’s because I have an affinity for Cancer sun signs like myself (it’s likely both). I have loved Grande since her debut album “Yours Truly” in 2013. My vice is definitely her ability to bridge pop music and R&B with lyrics that resonate with me quite a bit.

Enough about me: let’s talk about “Positions.” When the single was released, I could not for the life of me get the melody out of my head (perhaps this was her plan all along). The album “Positions” begins with “shut up,” which makes me reminisce the “Sweetener” era with her soft vocals and layered harmonies. “34+35” was probably the biggest hit from this album following “Positions,” simply because of the subject matter. I’ll let you figure it out (hint: it’s at the end of the song). I was elated to see that Doja Cat was on her track “motive,” which had a dance-beat with a catchy melody. “Just like magic” referred to manifestation and the law of attraction, which was very salient to her Twitter audience (of which I am a part). “Safety net” featured the melodious vocals of singer Ty Dolla $ign, in which they are quite the unlikely pair. The lyric “I came to peace with my path / Now you got me off track” echoes the experience of every other straight girl out there who has had a man wreak havoc in our otherwise peaceful lives.

One of my early favorites was “my hair”: it has such a soulful tune and is almost acapella which I personally loved. “Love language” seemed like a track that would be on her album “Dangerous Woman,” but it perfectly hopped on the trend of discussions of the five love languages in romance. “Nasty” and “westside” refer to intimacy that a single person like myself hasn’t had experience in quite a while. A girl can dream. “Obvious” should be the theme song for Cancer astrological sun signs everywhere. Last but definitely not least, “pov” detailed what it’s like to have someone love you even though you don’t necessarily love yourself, while also playing on the TikTok trend. All my friends are probably sick of me talking about Ariana, but if you’re reading this, thank you, next.

I’m going to be very candid when I say that I only knew about Chloe x Halle through the Freeform show “Grown-ish” and their song “Happy Without Me.” You may already know that Halle is supposed to play Ariel in the live-action Disney remake of “The Little Mermaid,” and I think her voice would be perfect for the role. When they dropped their song “Do It” with the music video, I was mesmerized by their dancing and angelic voices. We love a good visual aid! I remember watching a video of them on Instagram live where they said that when they sent the album “Ungodly Hour” to their mentor Beyónce and she had no notes, that’s when they knew they were ready to release it. Imagine that. Beyónce? Giving you notes? That’s how talented these sisters are. The song “Ungodly Hour” is the perfect description of where a lot of straight girls like myself are right now in their love lives, encapsulated by the lyrics “I know you like to play those silly games / When you’re done, call my name.” Their VMA performance of this song is somehow better than the original. “Forgive Me” chronicles the rage that ensues after your partner does you wrong, and rightfully so! That being said, if you break either of their hearts I will find you. “Baby Girl” is a message to all girls who could use some self-love in a world where women are routinely pit against each other. One of my personal favorites, “Tipsy” is reminiscent of Beyónce’s “Drunk in Love” in that love can make us, well, crazy. Their album “Ungodly Hour” deserves all the Grammy nominations and so much more.

I distinctly remember when Aminé came out with “Caroline” in 2016. I don’t know why songs resonate with me when I watch the music video, but something about Aminé in the car with his friends and his bright yellow branding at the time made this song so memorable. I had the good fortune to see Aminé in concert before the pandemic and I would absolutely see him again. His 2020 album “Limbo” features a lot of cool artists like Summer Walker and Young Thug. The first song I heard from this album was “Riri,” which begins with Aminé saying “you love Rihanna but you ain’t a savage.” This is arguably every member of the Rihanna navy’s worst nightmare. I digress.

The first song “Burden” began with commentary from Aminé’s friend, comedian Jak Knight. (If you watch “Big Mouth” on Netflix you may know him – worlds collide!) The sample for “Burden”, “Thank You God” by Darondo, was recognizable to me since Westside Gunn used it in his song “Wrestlemania 20” with Anderson Paak.

A word of advice: do not play “Shimmy” around the faint of heart. Or, like, around your parents or a younger sibling. It’s a great song though. “Woodlawn” was definitely the party song of this album, with the flute melody that made me think of “Portland” by Drake (perhaps this is because Aminé himself is a Portland native). “Compensating” featured rapper Young Thug, where Aminé dives into a personal narrative about messing up but also having feelings that refuse to be ignored. One of my favorites when I first listened to the album was “Becky,” where he details the experience of dating a white girl as a Black man. “Easy” features the melodic vocals of R&B singer Summer Walker, discussing the plight of relationships in the twenty-first century.

This is in no way a comprehensive analysis of all the good music this year. These were just a few of the many albums I found myself coming back to. I am not a music expert or aficionado of any type, but simply a girl with too many opinions.