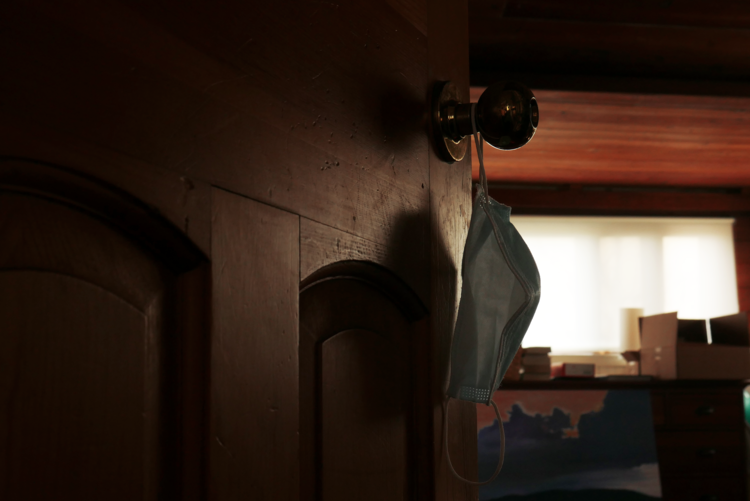 You feel faint or dizzy, and suddenly it becomes difficult to breathe.

No, you haven’t contracted COVID-19. Instead, you’ve just found out your roommate has. Now you’re anxious, with no idea what the next steps would be. What happens when your roommate tests positive for the coronavirus, and you’re forced to upend your living situation?

Senior Sule Murray began quarantining at the Extended Stay America hotel on Katella Avenue after two of his roommates had tested positive for the coronavirus. After 10 days, the test that was supposed to clear him turned out to be positive as well.

“One of my friends asked me if I wanted to see a movie at his house. He was one of the only people I had seen because he had come over to my hotel room … bringing medication and things I needed from my house,” said Murray, a television writing and production major. “I went and got tested and they said that I was positive, but I was asymptomatic the entire time.”

After testing positive, Murray decided that since he had already completed 10 days of quarantine, he would continue to isolate himself until he tested negative. He told The Panther that he had stayed at the hotel from somewhere between 16 and 20 days, which had its effects on his mental health.

“It was weird because since I was asymptomatic, I didn’t feel anything different,” Murray said. “(But) I couldn’t see anyone or do anything and I was alone in this room, going nuts.”

Like Murray, Elika Miller, a senior psychology major, lives in off-campus housing in Orange. She discovered at the end of September that her roommate had tested positive.

“We had gotten a text from our friend saying that she was positive, feeling stuffy and congested,” she said. “She had a phlegmy cough and was showing mild cold symptoms before her test came back positive.”

Luckily, Miller’s permanent residence was in Dana Point, California – approximately a 30-minute drive from Orange – so she was able to return home to quarantine for the recommended two weeks.

“It was definitely scary, especially because I had been in such close proximity to that friend,” Miller said. “I thought I for sure had it too. Luckily all the tests that I did were all negative, but it was definitely very stressful.”

From there, Miller and her roommates were contacted by Chapman’s contact tracing team after her roommate who had tested positive reported her case to the university. Miller said she now feels better equipped to handle any experience with the virus.

“I’ve seen COVID-19 firsthand outside of just hearing about it, so it definitely put things into perspective for me,” she said. “But I do feel better equipped to handle it in the future if something like this does happen again.”

In due time, Murray and Miller’s roommates recovered from the virus. While Murray has gone home to family in New York, Miller and her roommates are all back living in their house in Orange.

“I know everyone hears this, but definitely wear your mask,” she said. “It’s not totally foolproof, but at least you have a mask as some sort of layered protection.”