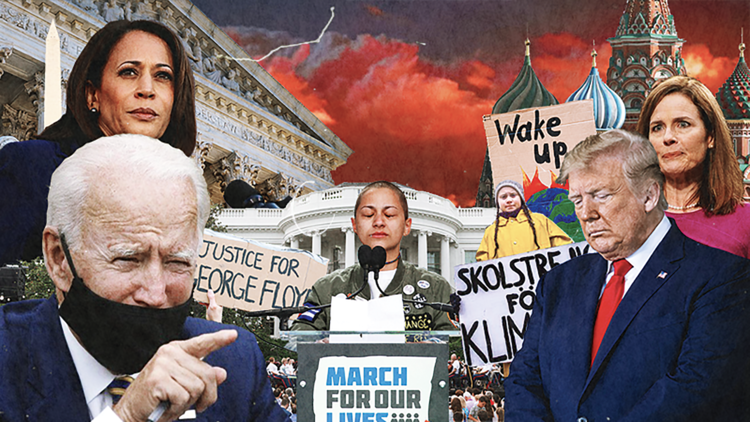 In the past, I’ve managed to dodge political discussions with people who I know have differing views from mine. Especially in this election year, I always end up more pissed off after conversations of that nature. Part of me feels guilty, because it’s as if I have some responsibility to try and change people’s minds.

In a social psychology class I took a couple years ago, I learned that political polarization is one key reason why changing people’s minds is so difficult. In fact, when we have conversations that attempt to alter another person’s perspective, it often has the opposite effect. Hence, I’ve veered from speaking with President Donald Trump supporters, because I almost always end up with a higher blood pressure.

That was, until someone I considered a friend revealed herself as a Trump supporter through her Instagram story, reposting conservative author Candace Owens and rapper 50 Cent endorsing Trump.

That night, I kept tapping through her stories in hopes that she would take it down or apologize. I ruminated on whether or not I should say something. I chose my own peace of mind, shut off my phone and turned in for the night.

The next day, after sharing the situation with my friends, I decided to unfollow her since she continued to post pro-life propaganda, and I couldn’t help but think of the Trump administration’s inability to locate the parents of 545 children seized at the border. Seeing her content would only irritate me further and become more tense the closer we approach the election. She’s not just voting for a person; she’s voting for state-sanctioned violence against the BIPOC and LGBTQIA+ communities.

That evening I got a text from her beginning with, “I saw that you unfollowed me on Instagram, no hard feelings.”

Since she posted pro-life propaganda to her Instagram story, I posted pro-choice tweets to mine – which she clearly noticed. “I saw your post about pro-lifers and I’d like to point out the hypocrisy in that message,” she messaged me. “Biden’s 1994 crime bill increased the death penalty for an additional 40 crimes. Also, funded and supported prisons. Be consistent please and thank you.”

Although she said there weren’t any, it seems like there were some hard feelings involved. I mean, she was tracking who unfollowed her after posting her Trump “coming out” story to her “Close Friends” list on Instagram. I’m sure I was one of many people she was arguing with, and I honestly felt bad for her. It never feels good to have everyone ganging up on you and I empathized.

I replied saying I was well aware of Biden’s track record, and he is in no way an ideal candidate (I voted for Massachusetts Sen. Elizabeth Warren in the primaries). I couldn’t begin to understand how she could believe Trump would somehow be better than Biden. I offered her some sociology and economics readings I’d done over the years about criminology, criminal justice and the prison industrial complex, but to no avail. She was not in a place to listen.

Lo and behold, this individual was not only in my class the same evening, but we were assigned to the same breakout room. Awkward.

That’s your choice to make. I can’t tell you how to live your life, but I just can’t do it.